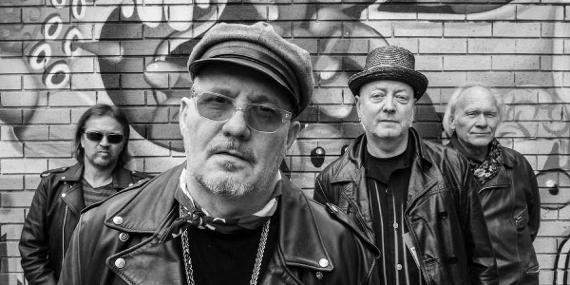 Established in 1977, The Members are one of England's best loved bands, Their eclectic Mix of Punk, Reggae, Surf, and Pop, and anthemic songs including the million-selling Sound of the Suburbs and Offshore Banking Business are part of the Great British Alternative Hymn Book.

The Members were always the thinking punk's band of choice; angry but intelligent, a suss reggae sensibility and songs that, like The Jam's, resonated in the suburbs as well as the city. JC Carroll still leads the band with panache, invention and an uncompromised sense of justice. Honour is due.

The Members are an essential band that emerged from the musical revolution of the late-1970s, but while they are rightly regarded as punk they have always been beyond labels, their lyrics merging stories of everyday life with a dynamic, maverick style. Born in Camberley on the south-west outskirts of London, their landscapes and concerns link to those of neighbours The Jam and Sham 69, tap into the rhythms of West London outfits The Ruts and The Lurkers.

To book tickets visit The Continental - The Members.

Other times on Friday 4 February