London Calling - Tribute to The Clash 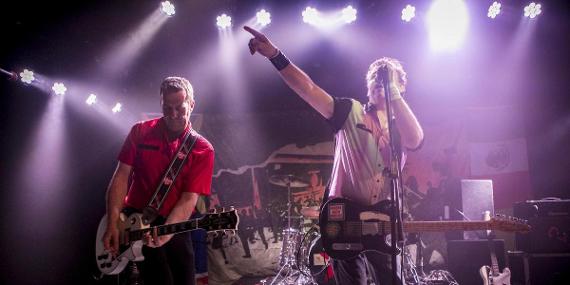 London Calling was formed in 2004 as a one-off gig for charity and to celebrate the life of Joe Strummer. After playing the short (12) song set they were asked to play the whole set again, with half the audience joining them on the tiny stage. We decided to sharpen our act and play regularly from that point.

After a few years off and several line-up changes, it's now settled down to: Reg Shaw aka Joe Strummer, Dave Devonald aka Mick Jones, Joe Guatieri aka Paul Simonon and Shane Tremlin aka Topper Headon. They've played in the USA and Europe and been in the Julien Temple directed Joe Strummer film biog, The Future is Unwritten. Recently they've enjoyed rave reviews and have been playing to increasingly bigger audiences across the UK.

Join them at The Continental for an epic set rattling through all the greatest hits and more!

Other times on Friday 11 February