Lockdown Garden at The Birley - Rita Robson and Julie Mayer 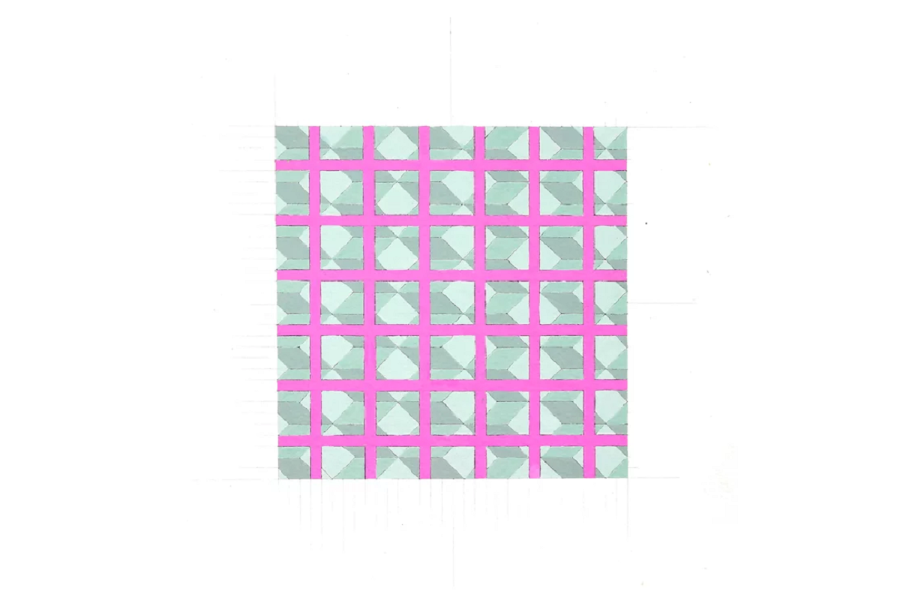 During the time-defying summer of 2020, for artists Rita Robson and Julie Mayer the garden became a sanctuary, a place to safely meet and maintain their friendship, a place to observe nature in the micro, a place to experience the slow passage of the seasons, a place to reset after the dreadful daily accounts of the pandemic.

The artists began by making studies of plants in Julie's garden: Rita made detailed, macro drawings of fragments of plants, while Julie created many gouache colour palettes referencing blooms and leaves.

Hours fled by in deep concentration, slow and meditative mark-making and mixing, the delicate, lyrical drawings and subtle, harmonious colour palettes emerging initially without destinations, free from concerns of composition or usefulness.

As the collaborative project developed the women were drawn to wild plants known for centuries as having medicinal properties for the treatment of certain mental health conditions.

The chimes echoing between the widespread public mental health  concerns of the ongoing lockdown and the two women's deeply personal exploration of their creativity grew and flourished as they translated their studies into works.

Rita used her drawings as the source material for engravings.

She chose particular details to complement a selection of irregularly shaped boxwood blocks, using a magnifying glass to cut the precise lines into the hard wood. In the printing process the fragments floated across the sheets of paper, finding their place intuitively.

Julie drew out intricate, labyrinthine patterns, measuring and marking handmade rag paper with fine pencil. She then used a magnifier to paint them, the colours in the palette of each plant jostling with one another for a harmony in which to coexist.

Both artists relished this spontaneous collaborative project, which would not have happened but for C-19 lockdown. An opportunity to be inspired by each other's endeavours, enjoy the tensions and harmonies of the finished pieces, and then the realisation that a joint exhibition was a natural next step. With the so often sharp focus of hindsight, both artists' works show the tensions and fragmented feelings of an unprecedented time.

Julie's ultra-precise, complex patterns and colours search for room to be. Rita's work is literally fragmented, the tiny prints adrift on the paper.

Rita Robson was born in Southport in 1970 and gained a BA in Art from Aberystwyth University in 1994, where she specialised in printmaking.

A wood engraving masterclass taught by Anne Desmet at the University of Central Lancashire in 2010 led to an enthusiasm for this technique that she has pursued ever since.

Rita took part in the AA2A (Artist's Access to Art Colleges) scheme in the printmaking department at UCLAN in 2013, which culminated in an exhibition at the PR1 Gallery. As a member of ArtLab Contemporary Print since 2009, Rita has exhibited in their group exhibitions at The Harris Museum and Art Gallery in Preston, Astley Hall in Chorley and St George's Hall in Bolton.

In March of 2022 she became a studio holder at The Birley Artists' Studios in Preston. Visit Rita's website.

In 2017 she restarted her art practice, and while studying on MA in Fine Art at the University of Central Lancashire she was shortlisted for the Bloomberg New Contemporaries. Julie graduated in 2019 and was awarded the Dean's Award.

Julie became a studio holder at The Birley and has continued to make work; in 2020 she exhibited at Air Gallery, Altrincham, Manchester. Also in 2020 she was part of three online exhibitions in response to the Covid pandemic: 'Idle Being', a series of short videos commissioned by Idle Women during the first lockdown;

'The Hexting Project', a series of text-generated essays by 30 artists curated by Sam Picket; and 'Paintings for the Future' at CBM Gallery. In 2021 she was part of a group show at The Birley, entitled 'What We Do'.

In February of this year Julie Mayer was in residence at Plas Bodfa in Anglesey. This work, researching a former resident, Anita Tregarneth, of the 100-year-old manor house, fed into the immersive exhibition 'Bodfa Continuum: the possibilities of time', which ran from 9 - 24 June. Visit Julie website.

Map address for The Birley