Currently there are no instances scheduled for this event

Preston's Christmas lights are set to be lit on Saturday 19 November following the Christmas Lights Switch On event, which gets underway from 5.30pm.

The show takes place on the city's Flag Market and is organised by Preston BID, in partnership with Smooth Radio North West, and funded by city centre businesses.

The free show will once again feature live performances from special guests, before the switch is flicked!

Cult TV figure Shaun Williamson (Barry), of EastEnders and Ricky Gervais' 'Extras' fame, who recently performed live on stage with Sam Fender, will lead the audience and willing stage-participants in a huge festive pre-Word Cup sing-along, with his 'Barrioke' show, which has taken festivals and events by storm this year.

Pop sensation Junior Andre, who is signed to Columbia records alongside, Miley Cyrus, Calvin Harris, and George Ezra, is also confirmed to perform, hot on the release of his October single, 'Messy'.

Andre's debut single, 'Slide', reached number one in the iTunes chart in its release week, outselling Lady Gaga, Eminem and Harry Styles. The singer and actor has already amassed over 315million views on his popular TikTok channel.

New for 2022, the city will see a refreshed Christmas lighting scheme of brilliant white and gold colours, with interspersed colour-changing elements in certain locations.

Funded by city centre businesses in partnership with Preston City Council, the new scheme has been designed and installed by Lancashire's LITE Ltd., and will feature low energy LED lighting, which uses up to 75% less energy than traditional lighting schemes.

Trees around the Flag Market and Cheapside will also feature bright, low energy lighting, which will produce a colour-changing show at the beginning of each hour from the Switch On until January.

The free event, which officially launches Christmas in Preston, is sponsored by Pintxos, Guild Hall Estate and Lettings, NWL Chamber of Commerce and TalkTalk. 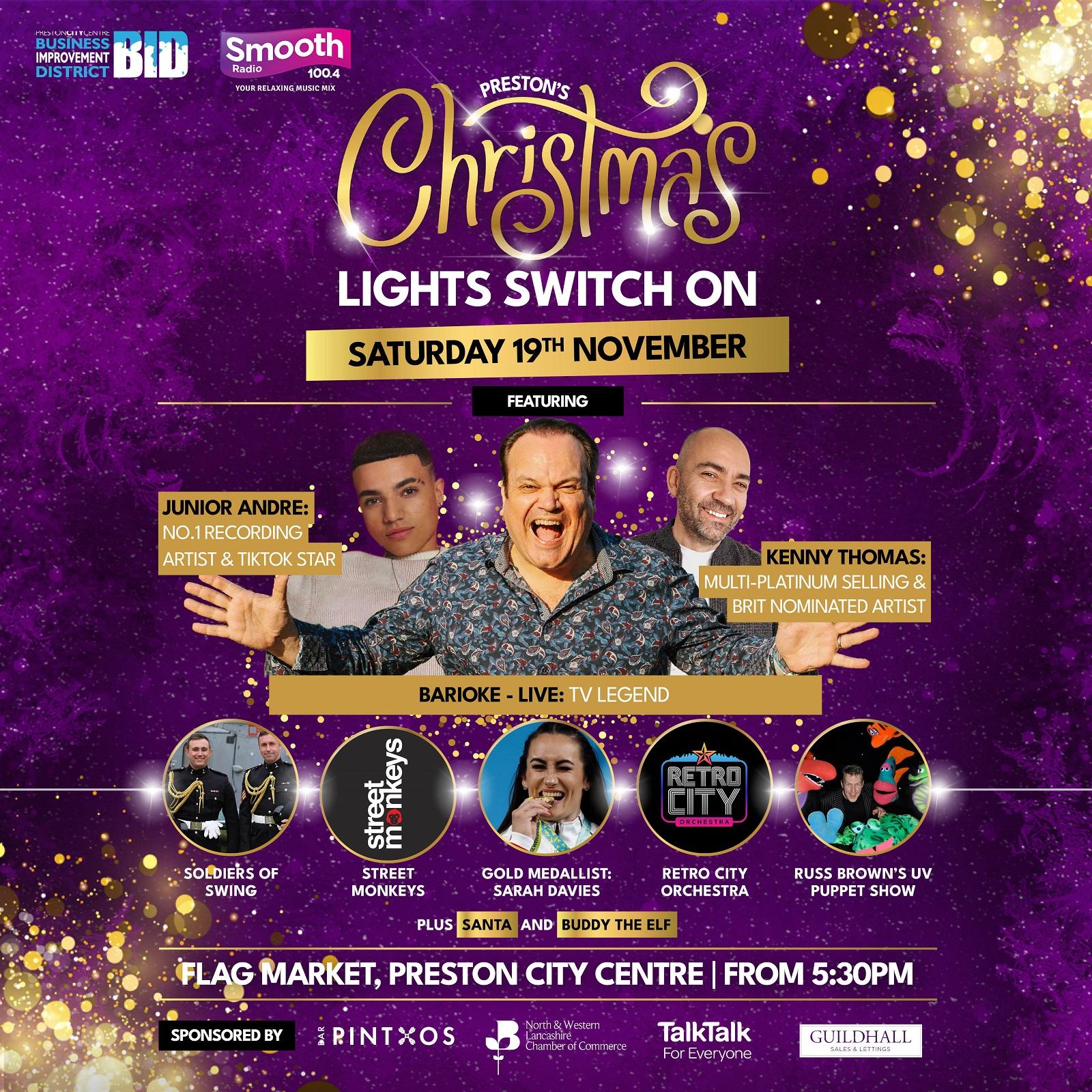 Other times on Friday 2 December