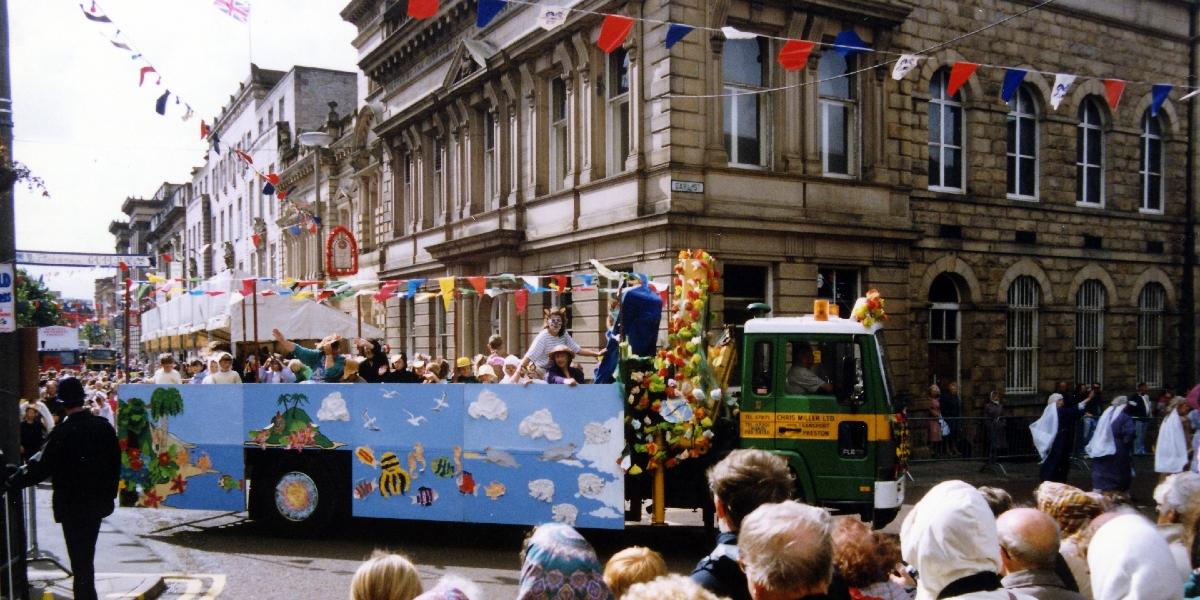 The Guild celebrations first came about in 1179 after King Henry II awarded Preston with its first royal charter along with the right to have a Guild Merchant.

The Guild was an organisation of traders, craftsmen and merchants, all with a monopoly trade in the town. Only members of the Guild could carry out a craft or business and newcomers could only trade with permission from the Guild.

Gatherings for renewing membership were infrequent and it was soon accepted that they were only required once in a generation. As a result, from 1542, Preston Guild took place every 20 years.

The rarity of the event, and the fact that large numbers of people congregated in Preston for the occasion, made the Guild a special opportunity for feasting, processions and great social gatherings.

In 1790 there was freedom of trade in the town, this abolished the need for a Guild and rights of burgesses. However, the people continued to celebrate the Guild as its festivities had developed into prestigious social occasions, which continue to flourish today.

The Guild has always drawn large crowds of visitors to witness the processions and official events. In between these events, wealthier visitors went to concerts and plays or watched horse racing on, what is now, Moor Park. Ordinary folk enjoyed circuses, fairs, travelling comedians and exhibitions of curiosity.

One of the most popular spectacles of the Guild were balloon ascents. In 1822 disaster struck the ascent of Mr Livingstone when his balloon crashed near Whalley and he broke a leg falling out!

Equally spectacular was the performance of the world-famous tightrope artist, Blondin, on Preston Marsh in 1862. Guild celebrations also included concerts by famous performers, plays with nationally-renowned actors, regattas on the river and firework displays on the Market Place.

Evening social events were crucial to the success of the Guild. The Guild Mayor presided over lavish entertainment (including masked and costume balls) for all the leading figures in the county and town society. They expected to be entertained in grand style and no expense was spared to ensure that they were not disappointed. A highlight of Guild week was the great Mayoral banquet held after the civic procession on the opening day.

Past, Present and Future

The first eye-witness account of the Guild dates from 1682. There have been 26 Guilds for which records survive, held every 20 years - apart from a wartime interruption, which led to no Guild in 1942.

Each Guild has been a triumph, despite the predictions of some Prestonians who have said, since the Guild began, "it can't be as good as last time". In 2012, the headline of the Lancashire Evening Post on Monday 10 September said it all, "Best Guild Ever!"

The Guild has adapted to change by including new trades, events and ways of celebrating the present. However, remaining at the heart of the Guild is a renewal ceremony - the Guild Court, which is as old as the Guild itself. Change and continuity have been its hallmarks for eight centuries and we hope this trend will continue for centuries to come.