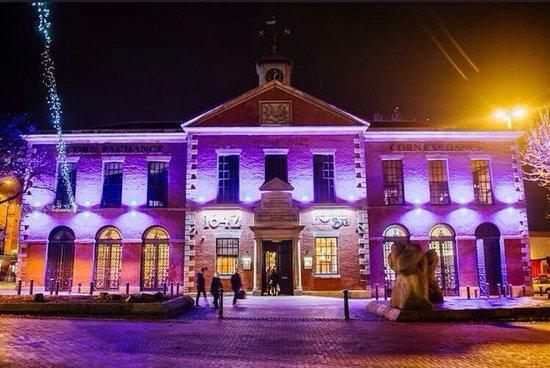 Bar and Restaurant 1842 was the former foyer of Preston's Public Hall, a distinguished building that welcomed the likes of The Beatles and Led Zeppelin, before being partly demolished in 1986.

Prior to life as the Public Hall, this was Preston's Corn Exchange - a bustling marketplace. In 1842, the significant date named after the venue, the Plug Plot Riots saw Prestonians stand defiant and proud at unfair wage reductions. This moment is immortalised in the Preston Martyrs statue you see outside of the building.