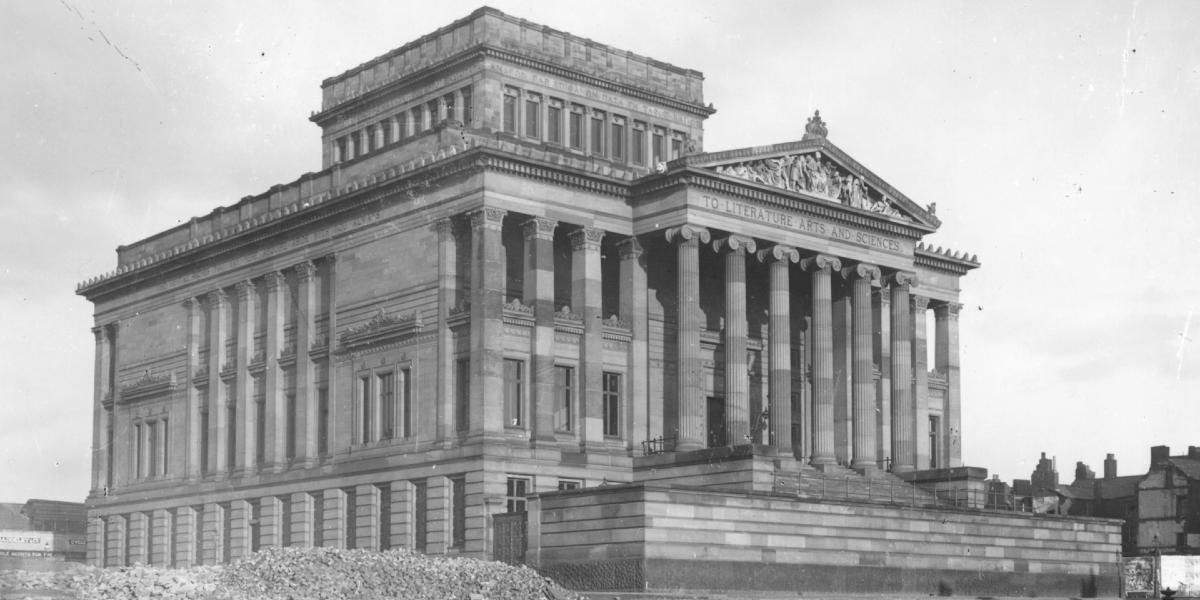 The history of The Harris Library, Museum & Art Gallery starts its journey in 1877, thanks to local lawyer Edmund Robert Harris.

In the run up to the Harris' creation, a growing Free Library movement had led to increasing interest in establishing museums and art galleries across Britain. Many members of the Preston community held fundraising events to help make this a reality for their town. One of the fundraising champions included Edmund Harris' father, the Reverend Robert Harris, who was the vicar of St George's Parish Church, headmaster of Preston Grammar School, and the librarian of the Dr Richard Shepherd Library.

Edmund's father died in 1862, with his brother following in 1875. This left the family's wealth in Edmund's hands and, with no heirs, he chose to generously leave his money to Preston town. He passed away in 1877 and left instructions in his will, along with £300,000, to create a trust that would support the development of several new public institutions in Preston. These institutions were dedicated to his family, mainly in memory of his father. Today Edmund's £300,000 would equate to around *£35,236,082.

By 1878 the town council had adopted the Public Libraries Act and purchased the library and collections of the Literary and Philosophical Institution, established 68 years before on Cross Street. The following January, in 1879, Preston's first public lending library opened in the Town Hall basement, together with a public museum and reference library in Cross Street.

The success of these ventures encouraged moves to establish a purpose built library and museum in central Preston using funds from the Harris bequest, while Preston Corporation found land for development. This required parliamentary permission and the Preston Improvement Act of 1880 allowed a site to be provided. Work started in 1882, seeing the Harris Library, Museum & Art Gallery officially completed in 1893.

Edmund was the principal benefactor of not only the Harris Museum, but also the Harris Institute or Art School, Harris Technical School, and the Harris Orphanage.

The Harris Institute on Avenham Lane and Harris Orphanage buildings on Garstang Road are now in private ownership, but the Harris Free Public Library and Museum Endowment Trust still exists today and supports the work of the Harris Museum and the library.

To see where Edmund Robert Harris and his father lived, along with many other sights, you can follow the Preston Blue Plaque Trail.

*According to the Bank of England inflation calculator.