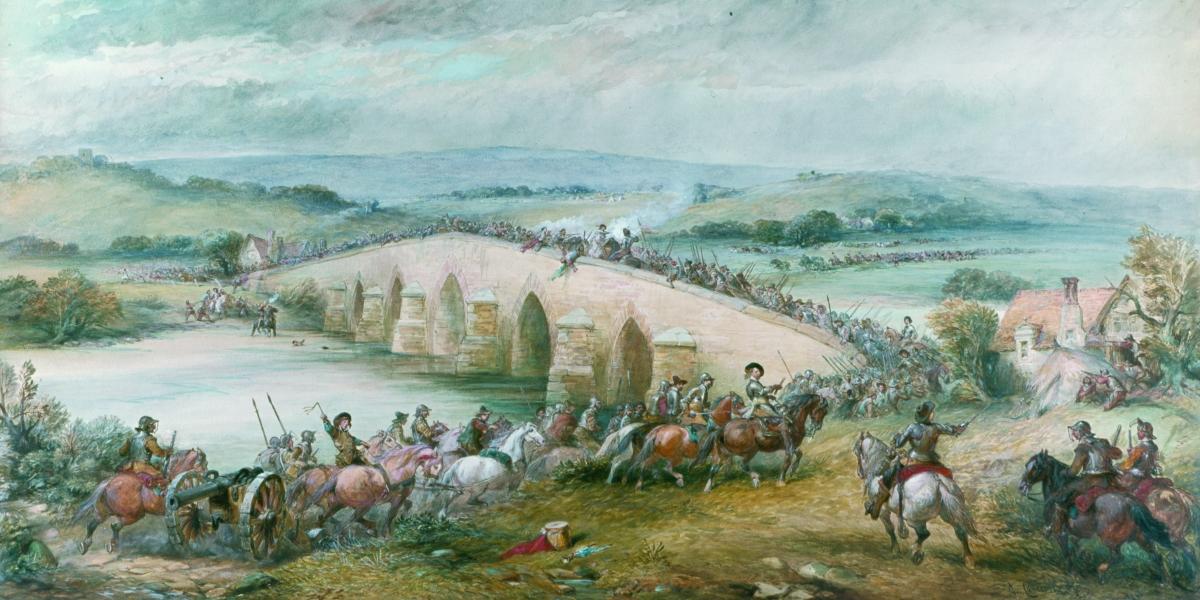 Fought mainly in Walton-le-Dale, the Battle of Preston 1648 took place between 17 - 19 August. The battle resulted in a victory for the New Model Army, under the command of Oliver Cromwell, over the Royalists and Scots commanded by the Duke of Hamilton.

On 16 August 1648 Oliver Cromwell and John Lambert, an English Parliamentary general and politician, marched down the valley of the Ribble towards Preston. They marched with the knowledge of the enemy, Hamilton's, dispositions and with intent to attack. Militia of Yorkshire, Durham, Northumberland and Lancashire marched with them, alongside the Army. Despite this, they were still slightly outnumbered, having only 8,600 men and Hamilton having around 9,000. Hamilton's men, however, were mainly scattered along the road from Lancaster through Preston, towards Wigan.

Langdale, advanced guard for the Scots, called in his advanced parties on the night of 13 August and collected them near Longridge. Whether or not Langdale reported the advance of Cromwell is unknown, however, if he did then it appears Hamilton ignored the report. On 17 August Sir George Monro was with the Scots from Ulster and a half day's march to the north and Langdale was to the east of Preston.

After giving into the begging of his lieutenant-general, Hamilton sent Baillie across the Ribble to follow the main body just as Langdale, with 3,000 men and 500 horses, met the shock of Cromwell's attack on Preston Moor (now Moor Park). After four hours struggle Langdale's men were driven to the Ribble.

The Battle of Preston was fought in boggy terrain. With many of Hamilton's force based in Preston and the rest spread out over a large distance, Cromwell bludgeoned the Scots into submission. The fighting in Preston was considered bloody, even by the standards of the English Civil War.

The battle continued on 18 August, with many of the Scot's wet, hungry and their ammunition damp from the rain. This led to the Scots laying down their weapons at Warrington. Hamilton marched his men south away from Preston and was pursued through Wigan and Winwick to Uttoxeter and Ashbourne. It was there that the remnants of the Scottish army laid down its arms on 25 August.

The Battle of Preston was ultimately the finishing blow to the Royalist hopes in the Second Civil War.

The Royalist losses are estimated at 2,000 killed and 9,000 captured and Cromwell's army is estimated to have lost 100 at the most. Those among the prisoners who had voluntarily served were bound for servile labour in the New World and for service in the Republic of Venice when there was no more demand there.