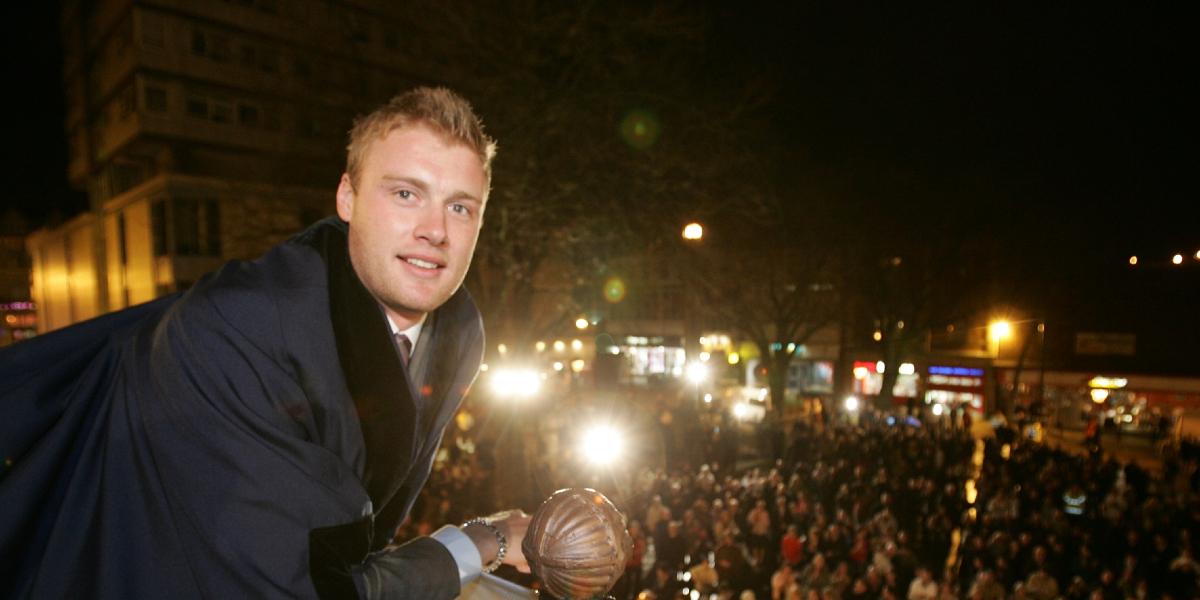 Preston born Andrew 'Freddie' Flintoff made his name as a sporting hero in the early 21st century.

Andrew continued to progress upwards within Lancashire Cricket Club, making his debut into first class cricket in 1995 and building a reputation for hitting the ball harder than anyone else.

The 6ft 4" all rounder could also bowl accurately at 90mph. His international honours began when he made his Test match debut for England in 1998 versus South Africa. His One Day International (ODI) debut followed soon afterwards.

He went on to captain the England side, deputising for Michael Vaughan, and was consistently rated by the International Cricket Council (ICC) as among the top One Day International and Test all rounders.

Andrew made his biggest impact for England in the summer of 2005 when he played a major role in regaining the Ashes from Australia and was voted 'Man of the Series'. His contributions were legendary and led to him winning the BBC Sports Personality of the Year award in 2005 as well as being awarded the Freedom of Preston and an MBE the following year.

The father of four remains the third highest English wicket taker in ODI cricket (168) and 13th highest in Test cricket (219), including ICC World XI honours. He is also the ninth highest English run scorer in ODIs (2,975) and holds the record for the most sixes scored for England; beating Ian Botham's record with nine sixes over two innings in 2006.

In September 2010, while still recognised as one of the biggest players in the game, he retired from cricket due to recurring injury problems, having stepped down from the national scene a year earlier.

Outside the game he currently holds 14 Guinness World Records in aid of Sport Relief. He is also a regular broadcaster, sports commentator, TV panel show guest, and club captain.