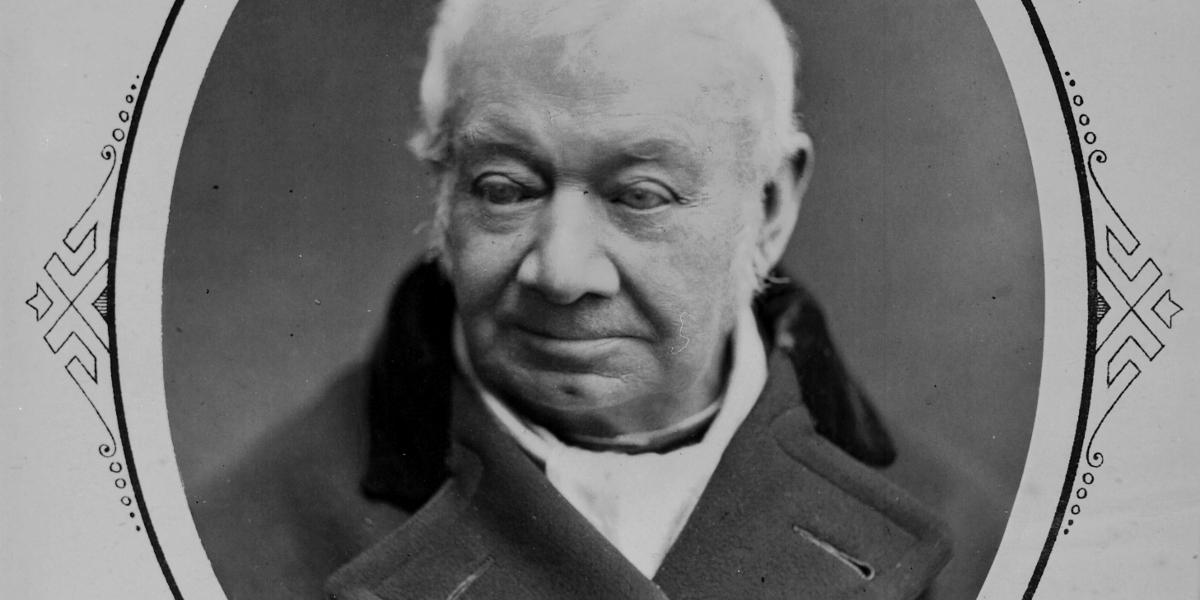 Born in 1794 in Walton-le-Dale, Joseph Livesey was the son of a cloth manufacturer who contracted work out to local weavers.

Joseph's parents died of tuberculosis when he was seven, resulting in his grandfather and uncle taking on the factory and caring for him. They were unsuccessful in running the business and it was wound up within four years. The family then became weavers instead, and practiced their trade in a damp cellar prone to flooding due to the nearby River Ribble. With Joseph's grandfather passing away shortly afterwards, he was left to take on domestic duties as well as business duties. His hardships continued until he married Jane Williams in 1815 and abandoned weaving for cheese selling.

Joseph became keenly involved in local public life, politics, and philanthropy. He especially identified with the temperance movement and promoted complete abstinence from alcohol throughout his life.

As a temperance advocate, Joseph Livesey recorded the Preston Temperance Society meeting in 1833 in which the word 'teetotal" is said to have been born. During a speech made by Richard Turner, who had a speech impediment, he remarked that partial abstinence from intoxicating liquors would not do; they must insist upon tee-tee-tee total abstinence.

In 1841 Joseph also became involved in anti-Corn Laws agitation. He issued 'The Struggle' magazine which reached 235 editions and up to 15,000 readers a week, paying a half penny a time.

With the help of his sons, he then established the weekly 'Preston Guardian' in 1844. This publication became the leading North Lancashire paper until its sale 15 years later.

Joseph continued to launch two further publications on teetotalism, authored numerous tracts and lectures and, in 1881, issued his memoirs 'The autobiography of Joseph Livesey'. He was also an enthusiast for vegetarianism from 1867 after spending a year without meat.

Founding the Institute for the Diffusion of Knowledge

The Institute for the Diffusion of Knowledge - now known as the University of Central Lancashire - was founded by 24 men at the Preston Corn Exchange. The institution was established to provide technical education to adult working men.

It was because of Livesey's proposal for the institute in the Preston Chronicle that the ball started rolling. In 1828 he invited interested parties to a private meeting at 11 Cannon Street where the attendees formed a provisional committee. This committee called for the inauguration of the Preston Institute for the Diffusion of Knowledge on 7 October 1828 at the Corn Exchange. With 24 people present, the first council of the institution was formed, helping shape the city and its university into what it is today.

Joseph died in 1884 at the age of 90, leaving a large family behind. His will included a provision that every household in Preston should receive a free copy of his Malt Liquor Lecture, in which he maintained "there is more food in a penny worth of bread than in a gallon of ale". Each of the 20,000 copies was inscribed with the words "he being dead yet speaketh".

His epitaph read "he died in his ninety-first year after an honoured life of philanthropy and usefulness as author and worker, as the pioneer of temperance, the advocate of moral and social reform and the helper and friend of the poor".