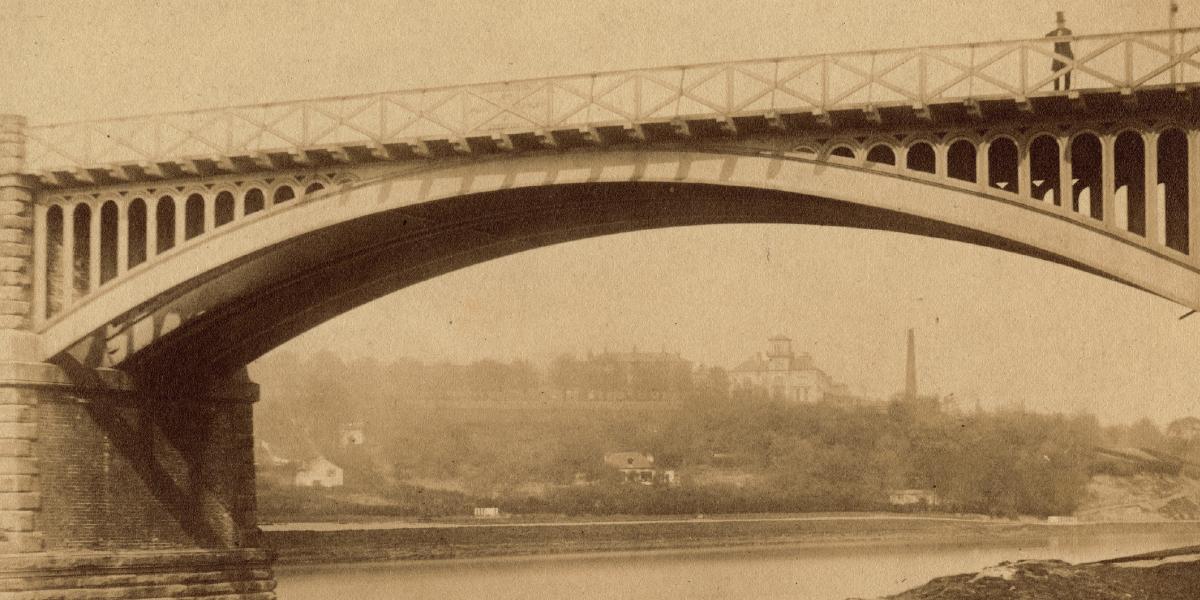 Preston's economic progression included the River Ribble and its banks, docks, historic bridges, and associated waterways. All of these were integral to the historical landscape and heritage.

It was thanks to the River Ribble that Preston became a trading port from the mid-14th century. The growth of the trade led to the port's development as an 18th century quay and then to a large inland dock in the 19th century.

The River Ribble was also within easy reach of Preston's town centre, providing a striking backdrop for Avenham and Miller Parks. It was for reasons like this that the Ribble's importance grew for transport and leisure activities including the Penwortham Ferry, pleasure boating, and the Preston Regatta.

It was in the 18th century that Preston was also first linked to the canal network - a factor that had a huge impact on trade. While that eventually declined, the Ribble Link, constructed in 2002, became the nation's first purpose built canal in more than a century and linked the Lancaster Canal to the Ribble.

Prior to Preston Docks being constructed, ships would come to the city to unload and shelter in a natural basin and manmade wharves at the confluence of the River Ribble and the Moorbrook.

Preston Dock opened in 1892 and, at the time, was the largest single dock in the country. The basin was named after Queen Victoria's first son, Albert Edward the Prince of Wales, due to the Prince laying the dock foundation stone in 1885.

Despite never being a major port, Preston Dock was the first to introduce roll on roll off traffic and ferry transport. This led to the port holding the record for handling the largest amount of container and ferry traffic by the 1960s.

The most important cargoes landing in Preston Dock were cotton and wood pulp. However, due to the smaller nature of the dock, fewer could use it as the size of ships increased. In the 90 year history of the port it only made profit for 17 years, leading to the redevelopment of the site in 1979.