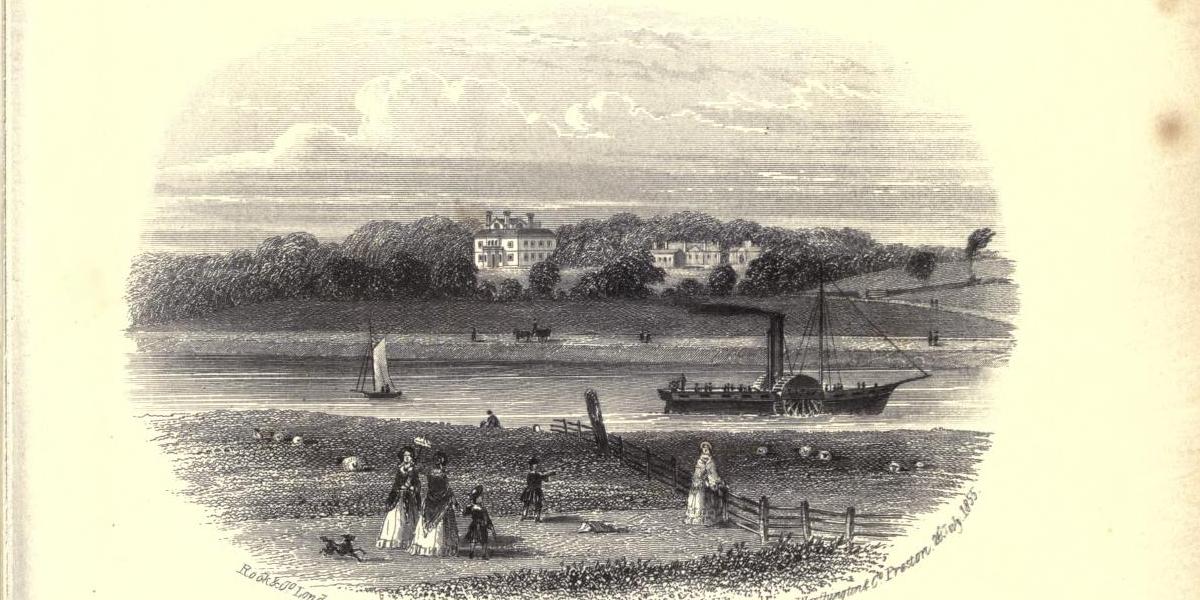 The history of Ashton Park started off with the land of the park being privately owned, and the grand Ashton House, once known as Ashton Lodge, being built on here. The house dates back to 1810 and was built by Thomas Starkie Shuttleworth. Shortly after Shuttleworth's death in 1819, the house and its surrounding lands were bought by one of Preston's most famous families, the Pedders. The Pedder family would eventually give its name to the nearby "Pedders Lane" and "Pedders Way".

James Pedder originally bought the house and made his fortune by founding the Old Preston Bank, located on Preston's Church Street. During his time at the house he contributed to the cost of building St Andrew's Church and invited residents to his house as part of the opening celebrations. The house was then inherited by Edward Pedder in 1846. Edward added a grand hall and two pavilioned wings to the structure. The Pedder family continued to live there until the death of Edward Pedder in 1861. After Edward passed away it became apparent that there were insufficient funds to pay for all the demands on the Old Preston Bank, resulting in the estate and its contents being sold.

After the Pedder family, the estate was purchased by Edmund Robert Harris. Harris was Preston's greatest public benefactor and left Ashton House to the governors of Queen Anne's Bounty for benefit of poor clergy, evolving into the Church Commissioners.

After the death of Harris in 1877, the estate was sold again and continued to change ownership over the years. Mill owners, the Calverts, owned the mansion for a short time, however, they then sold it to English Electric Company at the end of WWI. The Dick, Kerr and Co. were also part of the English Electric Company, this resulted in the mansion and its grounds being used as a social club and for sporting activities; the best known from this period being Dick Kerr's Ladies football team.

After 1919 the grounds of Ashton Park were used for recreation, with evidence of a Golf Club in 1921. There were two registered clubs in the area, Lea and Ashton Golf Club and Dick, Kerr's Ashton Park Club. These clubs had a total membership of 1,466.

In 1937 Preston Town Council bought the estate for the sum of £27. This led to the last round of golf being played the same year. Ashton House was then sold to Lancashire County Council who turned it into a care home for the elderly. The mansion was then sold to its present owner in 1990 and was transformed into a childcare centre, now known as Busy Bee's Nursery. The grounds of Ashton Park still belong to Preston Town Council - now named Preston City Council.

*Main image shows Ashton House, taken from the History of the borough of Preston and its environs, in the county of Lancaster by Charles Hardwick (published in 1857).