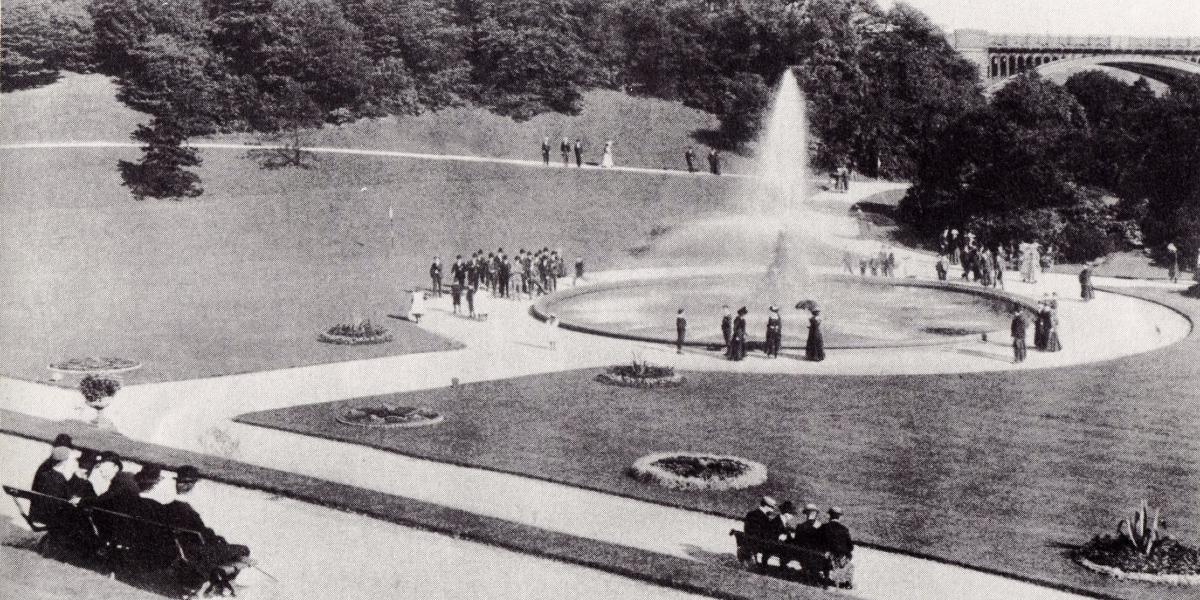 Avenham and Miller Parks have a colourful history, dating back to 1860s, when they were created during the Cotton Famine. The parks are connected by paths, alongside the River Ribble and underneath an ornate railway bridge.

Both parks were designed by the landscape architect Edward Milner, with the intention of creating a "harmonious whole" - something he definitely achieved.

When visiting Avenham and Miller Parks, be sure to look out for interpretation signage for even more history on the parks' key sights.

The land to Miller Park was donated by Thomas Miller, a local cotton manufacturer who came to own Horrockses Yard Works after his father went into business with John Horrocks.

At the time of creation for both the parks, American civil war was raging and the cotton towns in the northwest were experiencing a cotton famine. Preston was one of these towns affected and was under threat of economic and social problems brought on by high unemployment.

Having a desire to help those less fortunate than himself, local philanthropist and social reformer Joseph Livesey, and his associates, formed a relief committee to carry out public works. This included the creation of Avenham and Miller Parks using unemployed cotton workers that would otherwise remain out of work.

Avenham Park was created by a natural amphitheatre and, since its construction, has had many features added to help transform it into the interesting and historic place it is today.

One feature present since the creation of the parks is the Belvedere, which was originally located along what is now the Derby Walk in Miller Park. It was later moved to where it stands today in Avenham Park in 1875, to make room for the Earl of Derby Statue. The structure is Grade II listed and, with the name Belvedere meaning beautiful view, it is appropriately placed with stunning views of the park.

Another feature which was designed with the parks is the Dolphin Fountain in Avenham Park. This fountain once spouted spring water and had two metal cups attached by chains. Locally the fountain is referred to as the dolphin fountain, even though the water feature affixed here for many years from the late 19th century was sea serpent in character. It was last known to be used in the mid 20th century and has since been replicated, expertly crafted from documented descriptions of the fountain and similar surviving fountains of the same period.

The Boer War Memorial was added in 1925, with the Japanese Rock Gardens in Avenham Park following in the 1930s. The gardens feature a wide variety of unusual ornamental plants and trees and were planted alongside a large spread of rockery, creating an exotic and unique area to stroll through. The Japanese Rock Gardens officially opened on 12 November 1936 and were opened by Mayor James Harrison.

Avenham Walk is the name given to the tree-lined long path that runs through both Miller Park and Avenham Park, alongside the River Ribble. Its picturesque views of the river meant that this walkway became a well-known attraction and was considered part of a fashionable resort amongst the county's 'polite society'. Avenham Walk is just one of the many reasons why the parks are now Grade II* listed on the English Heritage Register of Historic Gardens.

Mr Jackson and the Pleasure Grounds

In the early 19th century there were a number of cottages located in the Avenham Valley. Probably the most famous resident of the valley at that time was Mr Charles Jackson, whose modest single storey home was situated on the slope just above the spot that now houses the Dolphin Fountain.

During the 1830s, Jackson developed an ornamental garden and orchard which he opened to the public. In 1844, Preston Corporation bought the six acres of land from Mr Jackson as an extension to the neighbouring Avenham Walk (which the corporation had purchased for public use back in 1697), preserving Avenham Valley as public parkland forever.

According to the Preston Guide of 1868, Mr Jackson's Pleasure Grounds, as they were known, were situated on the west side of the tram-way. It occupied the face of the brow, extending southward as far as the river and northward as far as the residence of John Horrocks Esq. of Ribblesdale Place.

Avenham Park was also once home to an elegant bandstand, constructed in 1903. The bandstand provided top Edwardian entertainment and remained until 1953, after which it was removed and another bandstand was constructed nearer to the River Ribble. No bandstand is present in the parks today, however, both parks play host to numerous events throughout the year. The most famous and well-attended of these events is the annual Egg Rolling on Easter Monday. The annual egg rolling event dates back to over 150 years, first taking place in 1867, before Avenham Park was even officially open. Amongst those taking part in 1867 was a correspondent from 'Liverpool Mercury' who sent a glowing report:

"I never saw the festival of Eastertide don such an air of thorough-going festivity in any town as in Preston. The people have a park there - nestling snugly on the brink of the river Ribble, so famous for its salmon; and though this park is the very miniature of all its race it is so well ordered, so tastefully laid out, so entwined and enfolded in beautiful walks, so dotted with fountains and streams and miniature lakes, and so picturesquely situated, that it is a very gem of parks".